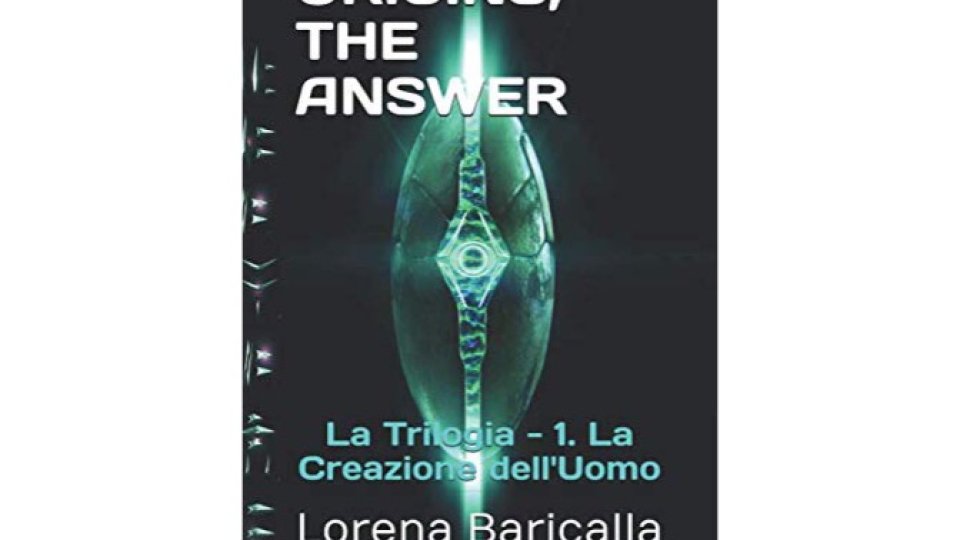 Writer of the Trilogy of Origins, The Answer

The first Book of the Trilogy by Lorena Baricalla is now on Amazon in Italian version. We invite you to read it!
(Printed edition-Also available in E-Book)
ORIGINS, THE ASWER - The Trilogy
1- The creation of Man
By Lorena Baricalla
(Soon an English version)

An adventurous and spiritual epic saga between past, present and future that brings the answer to the mystery of the origin of man.
ORIGINS will unveil the deepest secret of mankind: who created us?

The vast "world" of Origins, the Answer is based on the ancient Mesopotamian texts - the oldest on our planet - as well as on the most recent quantum theories.

The same matrix is the basis of the 3 stories of the trilogy, which however develop in a totally different and autonomous way as in 3 parallel worlds.
These are consecutive from a temporal point of view because they are generated from each other but also coexist simultaneously, where time does not exist in an infinite circle.

Origins I "The Creation of Man" will transport the reader into an earthly and corporeal reality, while Origins II "In search of the Kingdom of Heaven" will go in dimensions where only the mind rests, until reaching Origins III "The planet NI.BI.RU" for a spiritual journey in the soul and in the Universe itself.

The Origins saga can be seen on several levels and first of all it shows its most playful and adventurous aspect, but those who want it can gradually enter into much more subtle levels of understanding.
Each fact narrated is in fact linked to multiple spiritual, esoteric meanings and symbolic through which the reader will be able to grasp the deep message of Origins, the Answer.

A new world, a new approach. Absolutely not to be missed.