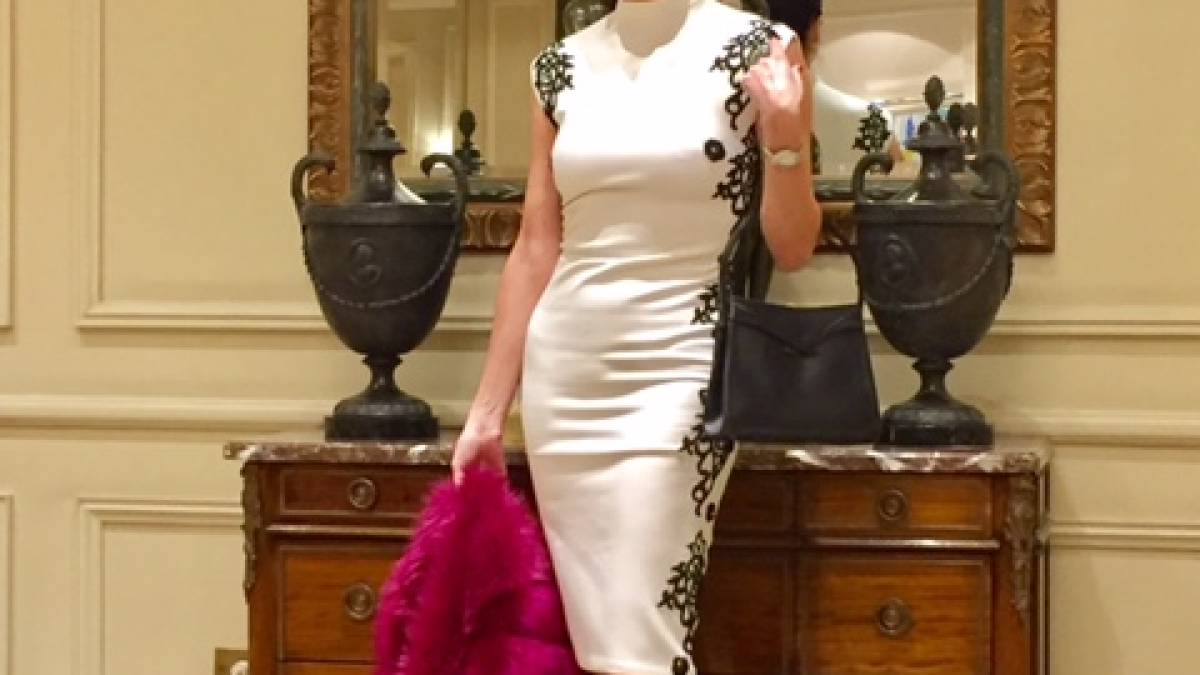 In Monaco amidst art and fashion

Lorena Baricalla “In Monaco amidst art and fashion” An action-packed week for the star Lorena Baricalla, guest at a number of events in Monaco, from art to fashion to meetings. With her we were able to live these days of lifestyle occasions which marked the beginning of the new year, 2017. Naturally Lorena, a true icon of incomparable allure, participated with a different look for each event. In fact, in her roles as ballet star, singer, actress and MC for important events, she is much sought after by stylists to show off their creations. The Tribute to David Bowie, an event dedicated to the great pop icon, took place at the Carré Doré Gallery with a show put on by a number of artists from the world of art, design, fashion, photography and music. The event was very well attended and we asked Lorena Baricalla how the evening unfolded. “I really liked the sculpture of David Bowie’s face, done by my dear friend Marcos Marin, an artist of international fame known for his portraits of famous people. I was very pleased to meet the Italian Ambassador to Monaco, Cristiano Gallo, as he is very interested in dance and sport. As well, I was able to speak to the organiser of Monaco Fashion Week. I will certainly take part with pleasure again this year when many talented designers will present their collections. Last but not least, there was the lovely DJ Maurizio di Maggio from Radio Monte Carlo, whom I often meet around the Principality. As well as paintings and sculptures, some garments were exhibited, including a Gianni Versace suit actually worn by David Bowie and now part of the Tony Caravano Private Collection.” For this occasion Lorena Baricalla wore an evening gown with Eles Italia jewelled belt designed by Silvia and Stefania Loriga and undoubtedly perfect for this event dedicated to creativity. A hairstyle inspired by the 40s completed her look. The hair stylist Daniele Rao, based in Bordighera, attends to Lorena in all her important appearances where he takes care of every detail. The second event was more formal and brought together the Monegasque members of Skal International for an elegant cocktail in one of the Principality’s historic venues, the Belle Époque Hotel Hermitage. Here Lorena Baricalla wore a tailored to measure dress by the Cote d’Azur- based Brazilian stylist Genesia Walle. White, with hand-crafted applique of embroidery and rhinestones, it was matched with an original vintage bag from the 1960s and a glamourous chignon by Daniele Rao Parrucchieri, also inspired by the 60s. To complete the outfit, shoes with corset fastenings, created for her by Duccio Venturi shoe designer, added the final fashion touch. “The members of Skal International of Monaco, to which I belong,” explains Lorena Baricalla, “are at the head of the Monegasque institutions, the great hotels, the venues and companies connected to tourism and culture. We have just organised a world conference right here in Monaco with the participation of 600 members from five continents. The Gala evening took place at the Monte Carlo Sporting. Skal has more the 60,000 members world-wide.” Finally, the third event was the personal inauguration of an exhibition by the artist Marcos Marin, sponsored by the Societé Génerale Private Banking and entitled “Optical Art Experience”. “For this event,” says Lorena Baricalla, “I wanted to wear a dress created to my own design by my theatre costume maker. In fact, when I travel I like to buy special fabrics and this was piece that I had bought in Marrakesh in the old Jewish quarter where the textile vendors are. Here you can find really fantastic things! And naturally I wore shoes by Duccio Venturi, always so glamourous and stylish. A hairstyle created to go with the dress set off my look.” The vernissage brought together painted and sculptured portraits of famous people from Elvis Presley to Prince Albert I of Monaco and from Michelangelo’s David to George Michael – another great singer who died in 2016. Marin’s works are very visual and are characterised by the ‘gill effect’ which plays on what the eye perceives. “I really liked the portraits of Tchaikovsky, Mozart and Verdi as I have often danced to their music, as well as those of Pavarotti, Josephine Baker and Nureyev with whom I danced at the beginning of my career. As well,” continues Lorena, “it was actually Marcos Marin who created the statuette for the Oscars of Sport, the Monaco World Sports Legends Award, which I presented as MC and which was produced by Promo Art Monte-Carlo Production, our production company. During the event the greatest sports stars were recognised with awards, from Mika Hakkinen to Giacomo Agostini. It was an evening that everyone is still talking about in Monaco!” In fact, some years ago, Lorena Baricalla, already a multi-talented performer, created her own production company which creates shows, events and entertainment projects all over Europe, in the Emirates and in America. “I wanted to become a producer as well, in the American style, so that I could put on my own shows, to give and to have opportunities that were different to what I was being offered. I have so many works in progress, the only difficulty is to find time to carry them out.”