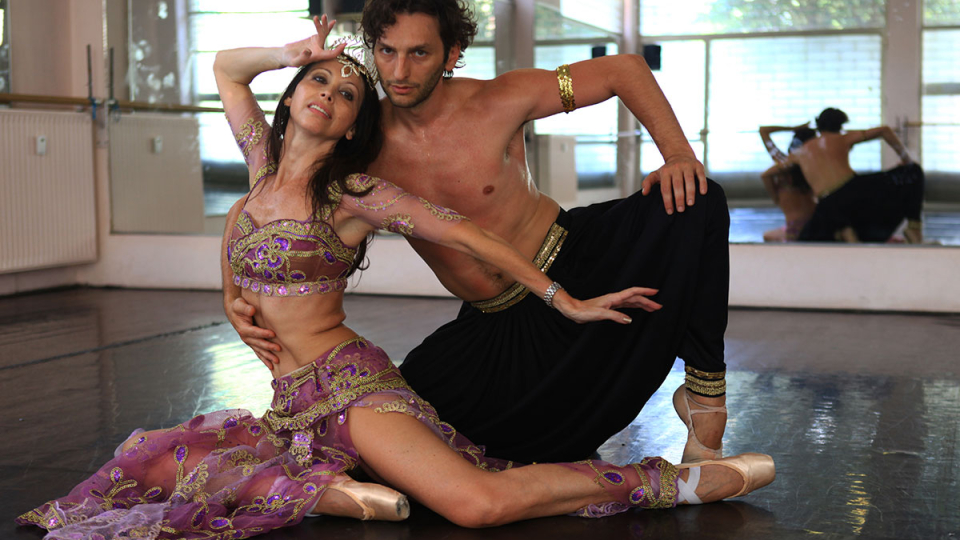 Sheherazade is a role which is a highlight of Lorena's career. She now created a new choreographic version of "Sheherazade", returning to this role that marked the beginning of her career. She danced it for the first time as the star of the Gala of the National Day in honour of the Prince of Monaco when she was at the Monte-Carlo Ballet. Her partner has been in that occasion Eric Vu An, principal dancer at the Paris Opera. Lorena then performed it with great success during numerous tours of the Monte-Carlo Ballet company in U.S.A, Japan, Russia, etc. Now her new choreographic version unites modern ballet on point shoes with very impressive movement of the arms. The seductive character and the beautiful music of Rimsky-Korsakov are highly attractive and Lorena knows how to fascinate the audience with her personality. A great show!